Moments in Time is a series of woodcuts and images that show important moments captured from my life as well as figurative abstract imagery. Using woodcuts as a media gives somewhat of an unpredictable result. The wood itself by carving it provides unexpected depth to the piece as it chips and breaks as it sees fits the image.

When the plate is printed, it appears differently than when you first began since some parts may appear to be darker than originally planned. The woodcut translates an image by giving it more air and volume as it allowed me to focus on textures and feeling that were important. By focusing on feelings and emotions, it lets the viewer connect to their own special memories in life.

Alla Lazebnik is a member of Full Tilt Print Studio, Musa Collective, and is an instructor at Lasell College. 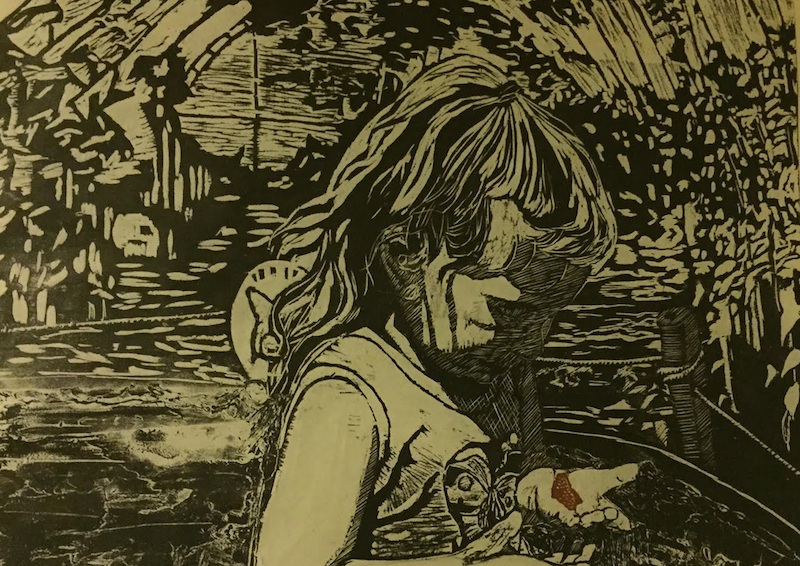 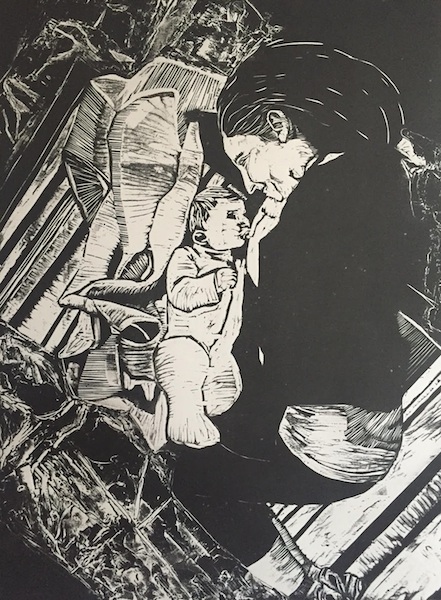 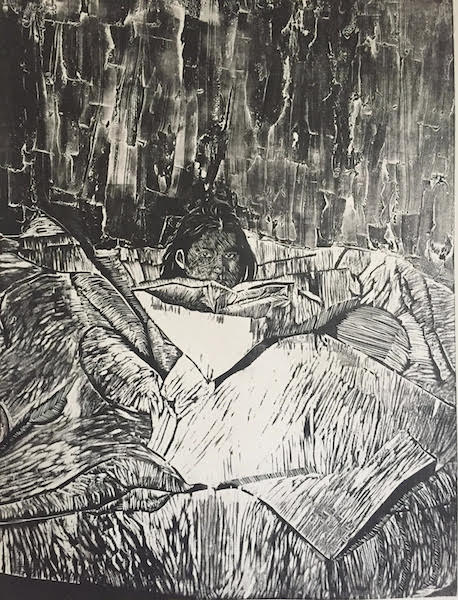 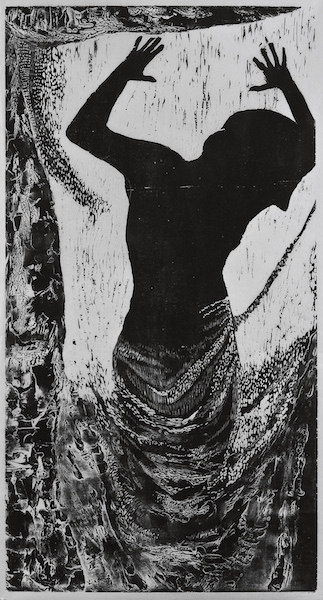 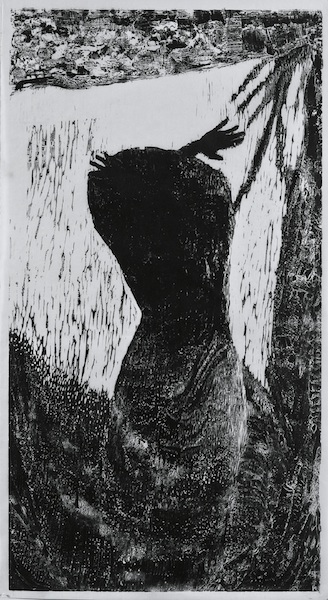